It is widely accepted that pseudo wikileaks-forum.com owner and his helpers do not support WikiLeaks. Still, the name ‘WikiLeaks’ remains in the forums domain name, twitter account, Facebook pages, pretending to support whilst in fact undermining the organisation and creating smears about its staff. 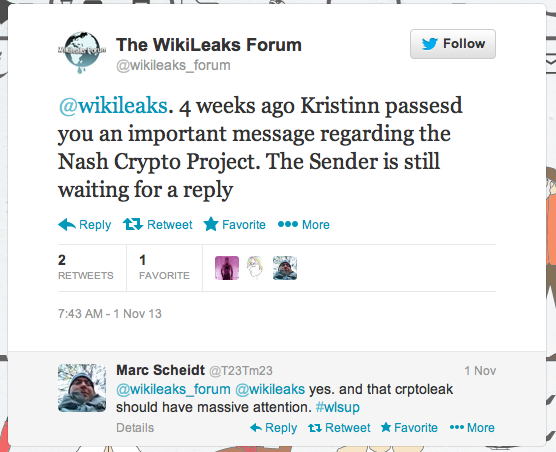 Then on the 30th of December 2013 I saw on Mark’s personal website information on the Nash Crypto Project: 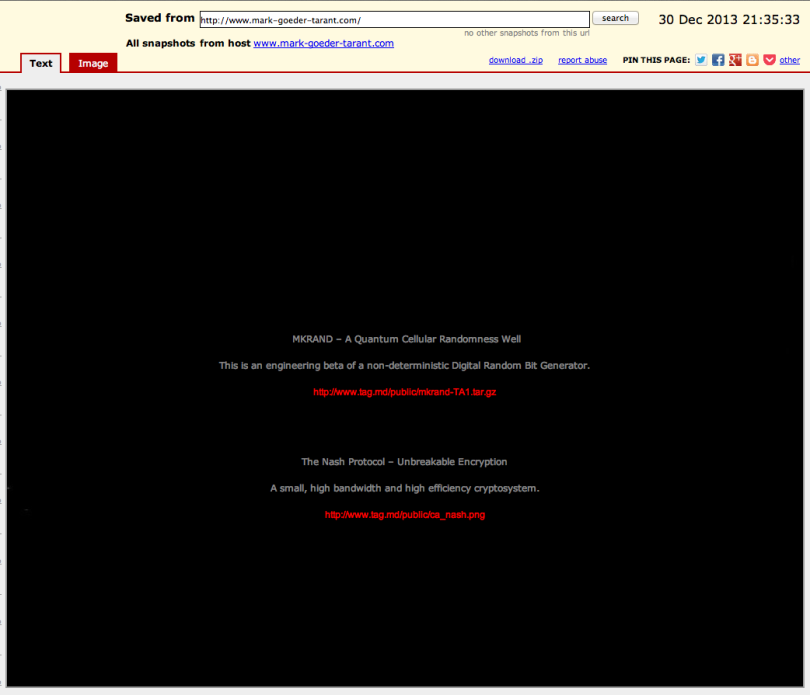 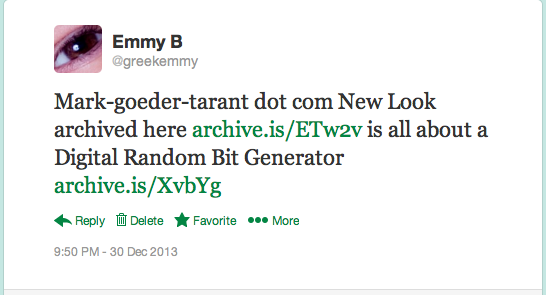 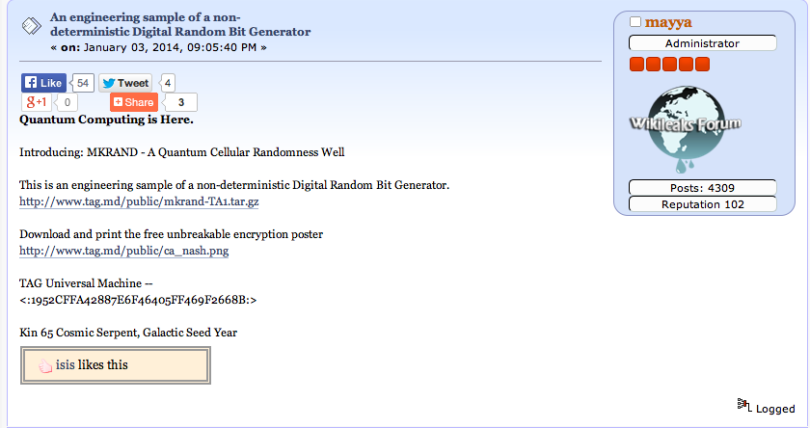 In a previous post here: http://wp.me/p2MRYW-gK I described how whilst a moderator with the wikileaks-forum I was asked by Mark to assist him with disseminating documents relating to Greek corruption handed to him by Anonymous. He said that WikiLeaks was too busy to do anything about it, so he was trying to find publishing partners, journalists etc. In the end I found out that the documents had already been made public on the net before he had even approached me in the first place.

Does the forum’s owner keep the name ‘WikiLeaks’ in the domain name and the various other platforms he controls so that people get fooled into submitting material for publication to Mark, thinking that he and the forum is somewhat connected to WikiLeaks? Does he aspire to publishing just as WikiLeaks does?